Home  > News  >  Cargo backlogs and congestion increase! Over $40 billion of cargo stranded in ports waiting to be unloaded!

Cargo backlogs and congestion increase! Over $40 billion of cargo stranded in ports waiting to be unloaded!

There are still more than US$40 billion of container ships carrying cargo waiting to enter the waters around North American ports to be discharged. But the change is that the centre of congestion has shifted to the US East, with around 64% of waiting vessels concentrated in the US East and Gulf of Mexico, while only 36% are waiting in the US West. 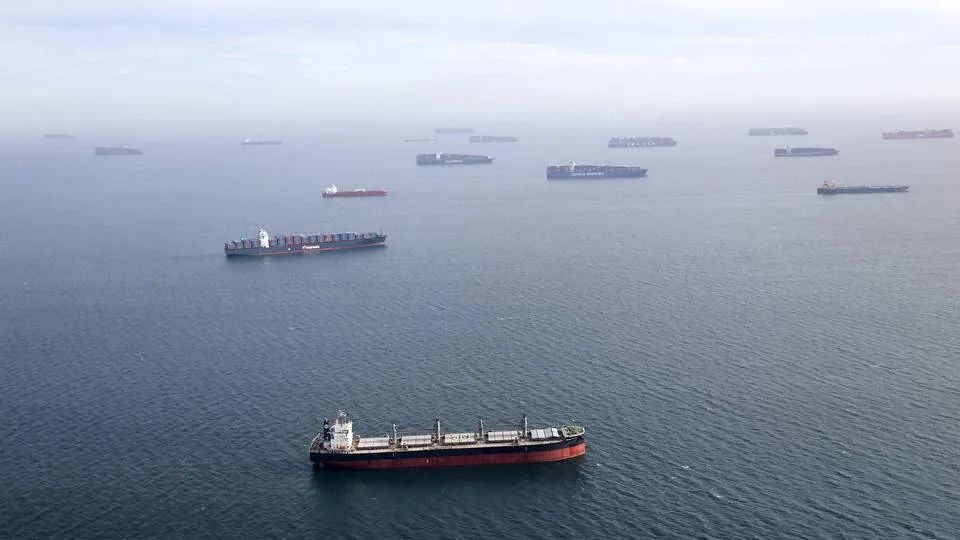 The anchorages of the US East and Gulf Coast ports continue to be packed with container ships waiting to unload, with container ships queuing at these ports now far outnumbering those in the US West. According to an analysis of MarineTraffic and California queued vessel tracking data, a total of 125 container ships were waiting to berth outside North American ports as of last Friday. This is down 16% from the 150 vessels waiting at the peak of congestion in the US West in January, but up 36% from 92 vessels a month ago. 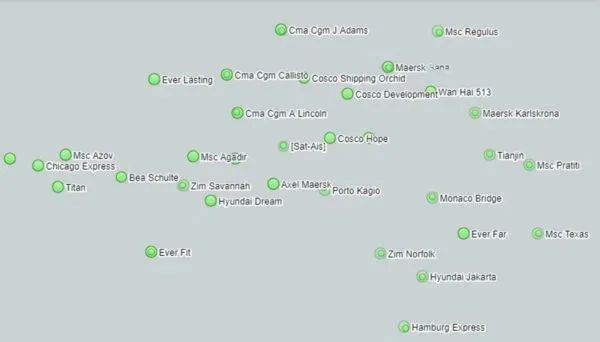 Vessels queuing around the Port of Los Angeles/Long Beach have dominated the headlines for the past year, but the centre of congestion has now changed: as of Friday, only 36% of vessels were waiting to berth outside US West ports, while 64% were clustered at ports in the US East and Gulf Coast, with the Port of Savannah, Georgia, having the largest queue of vessels in North America.

The total capacity of the container ships waiting outside the US and British Columbia ports on Friday was 1,037,164,000 TEU, so what was the value of all that container cargo? Assuming a 90% ship load factor and an average value of $43,899 per imported TEU (the average value of imported cargo in Los Angeles in 2020, which is likely to be conservative given inflation), the total value of this cargo waiting to be unloaded at berth outside the ports is estimated to be over $40 billion.

Capacity shifted to the US East due to labour negotiations

According to Project44, a Chicago-based supply chain visibility platform that tracks arriving U.S. West and U.S. East box volumes on a monthly basis, the statistical report found that capacity to the U.S. East was up 83 percent year-over-year in June and up 177 percent compared to June 2020. Capacity to the US East is now comparable to that to the US West, which is down almost 40% from its January peak. project44 attributes this shift to importers' concerns about potential disruptions caused by labour negotiations at US West ports.

Vessel queues on the US East and Gulf Coast

As of Friday, MarineTraffic data showed that 36 container ships were waiting for berths at the Port of Savannah, offshore of Tybee Island, Georgia. The total capacity of these vessels is 340,885,000 TEU (average capacity: 9,350 TEU).

According to updated data from Hapag-Lloyd, the current waiting time for container ships to berth at the Port of Savannah is 10-12 days. Savannah's yard utilisation is 89%.

The second most queued port in the US East for ships is the Port of New York-New Jersey. As of Friday, there were 20 vessels waiting for berths with a total capacity of 180,908,000 TEU (average capacity: 9,045 TEU). Hapag-Lloyd said that the waiting time for berths in the New York-New Jersey port "depends on terminal conditions and is currently in excess of 20 days". It added that yard utilisation was 92% at Maher Terminal, 75% at GCT Bayonne Terminal and 72% at APM Terminal.

On the Gulf Coast, there are 20 vessels waiting off Houston with a total capacity of 121,196,000 TEU (average capacity: 6,060 TEU). According to Hapag-Lloyd, the Houston Barbours Cut was 86% utilised and "the terminal continues to face a shortage of chassis equipment due to the long dwell times."

According to the Southern California Marine Exchange's vessel queue data at 7am on Friday, there were 24 container vessels waiting for berths at Los Angeles-Long Beach with a total capacity of 208,903,000 TEU (average capacity: 8,704 TEU).

This backlog is down significantly from the high of 109 vessels on January 9, but is still the second most queued port in North America. The number of vessels in Los Angeles and Long Beach has hovered at the current level since the end of May and is still up marginally year-on-year.

At other West Coast ports, 10 ships were waiting for berths in Oakland, according to data from the San Francisco Bay Area Maritime Exchange at 7am on Friday. The total capacity of these vessels is 79,712,000 TEU (average capacity: 7,971 TEU).