Home  > News  >  58% of airlines on trans-Pacific routes! With a summary of port hopping suspensions

58% of airlines on trans-Pacific routes! With a summary of port hopping suspensions

Drewry's latest Composite World Container Index fell 1.2% to 7,945.31 per 40ft container in the current period. However it is still 62% higher than the same period last year. 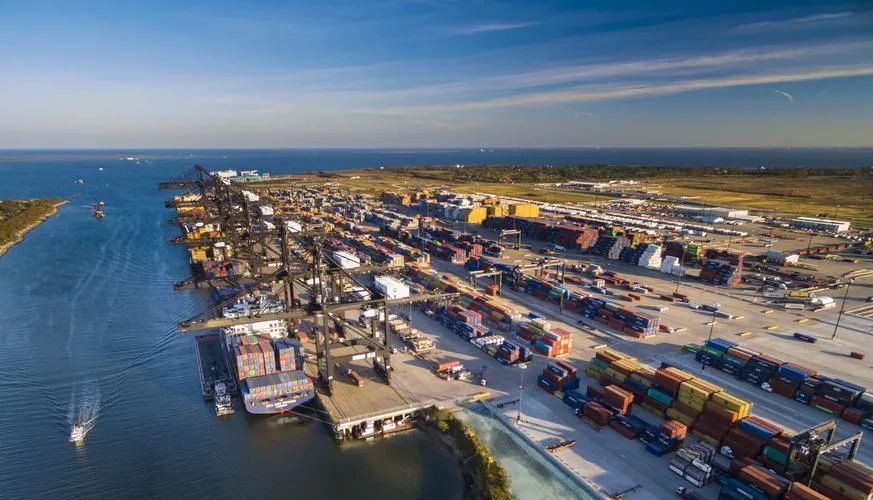 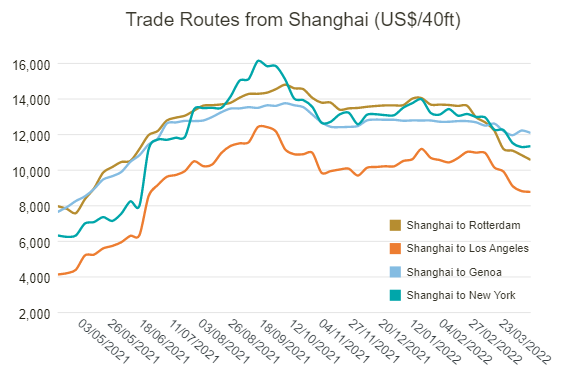 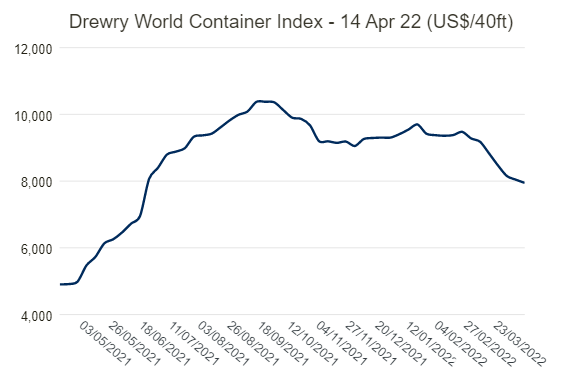 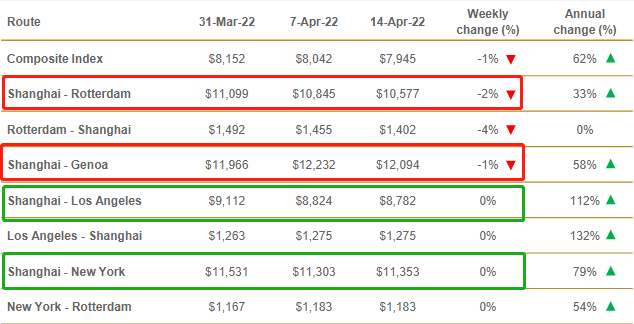 The Asia to US East latest index remained largely unchanged from the previous period at US$17,150/FEU, also a recent decline since reaching a high of US$18,450 on 11 March.

The latest Asia to Mediterranean index fell 1% to US$12,592/FEU, a decline for 13 consecutive weeks since reaching a high in January.

According to the latest data released by Drury, the three major global shipping alliances have cancelled a number of voyages in the next five weeks (weeks 16-20), with the most cancelled voyages being cancelled by THE Alliance with 25 voyages; 2M Alliance reaching 17 voyages; and the least cancelled by Ocean Alliance with 12 voyages; for a total of 54 voyages.

Drewry said the ongoing epidemic closure has put pressure on an already stretched supply chain and shipping lines such as Maersk and Duffy Shipping have started to port hop Shanghai on some routes.

In addition, port congestion at high throughput ports has increased again, particularly in the US, where imports have shifted from the US West Coast to the US East Coast. Many shippers are now focusing on Gulf routes and moving cargoes to the Port of Houston. With changing port productivity levels, planning for shippers in times of market uncertainty has become more challenging.

Of a total of 725 scheduled voyages on major transpacific, transatlantic, Asia-North Europe and Asia-Mediterranean routes, 72 voyages were cancelled between week 16 and week 20 of next year, a cancellation rate of 10 per cent. According to Drewry's current data, 58% of blank sailings during this period will occur on the trans-Pacific eastbound trade routes, mainly to the US West Coast.

The following is a summary of easy sailing statistics for mainland China to North America, Europe and the Mediterranean for the 16th-21st week (from 2022/4/10 - until 2022/5/21) with port hopping.