Recently, due to the uneven global economic recovery, the sharp rebound of the epidemic in many parts of the world, and the arrival of traditional transport season such as Christmas and New Year, many European and American ports have become congested, but many Chinese ports are extremely short of containers.In this case, a number of large shipping companies began to impose congestion surcharge, peak season surcharge, short of container fees and other additional fees. This is to remind the shipper of recent shipment, please be sure to consult the forwarder company to avoid unnecessary losses.

Shipping companies add fees and the cost goes up

The "surge" in container shipping is mainly due to the extent to which countries around the world have recovered from the COVID-19 outbreak. Rates are already near the top and will fall as the transport season passes and the global economy recovers. Corresponding to the growth situation of China's foreign trade exports is the obvious imbalance of container shipping capacity resources in the world. In Shanghai, Ningbo, Lianyungang and other large ports, due to the extreme lack of containers, transport capacity is greatly affected, resulting in the ship berthing operation delay, part of the goods delayed export. 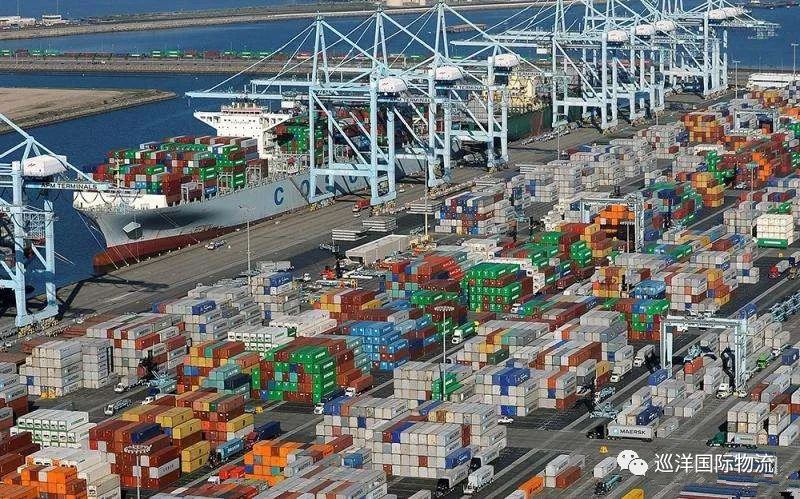 USA: The ports of Long Beach and Los Angeles have collapsed

The ports of Long Beach and Los Angeles are the two busiest in the United States. The two ports recorded double-digit year-on-year growth in throughput in October, both setting records.The port of Long Beach handled 806,603 teU containers in October, up 17.2% from a year earlier and breaking the record set a month ago.

According to the California Trucking Association and the Port Trucking Association, 10,000 to 15,000 containers have been stranded at the ports of Los Angeles and Long Beach alone, resulting in "near total paralysis" of cargo traffic at the ports. West Coast ports and Chicago are also struggling to cope with a surge in imports that has brought a flood of empty containers.The port of Los Angeles is experiencing unprecedented traffic and congestion due to the continued boom in China-U.S. routes, strong growth in cargo volume, large influx of goods, and continued rebound in cargo volume.

The Los Angeles port yard is currently full of containers filled with goods, and port workers are working overtime to dispose of them.To reduce the spread of the virus, the port has temporarily reduced about a third of its dockworkers and port staff, making it difficult to replenish in time, meaning that loading and unloading of ships will be severely affected.At the same time, there are widespread equipment shortages at the ports, prolonged lay-times, and serious container imbalance in the Pacific trade, resulting in a large number of imported containers overstocked at U.S. ports, dock congestion, and poor container turnover, resulting in cargo transport disruption." 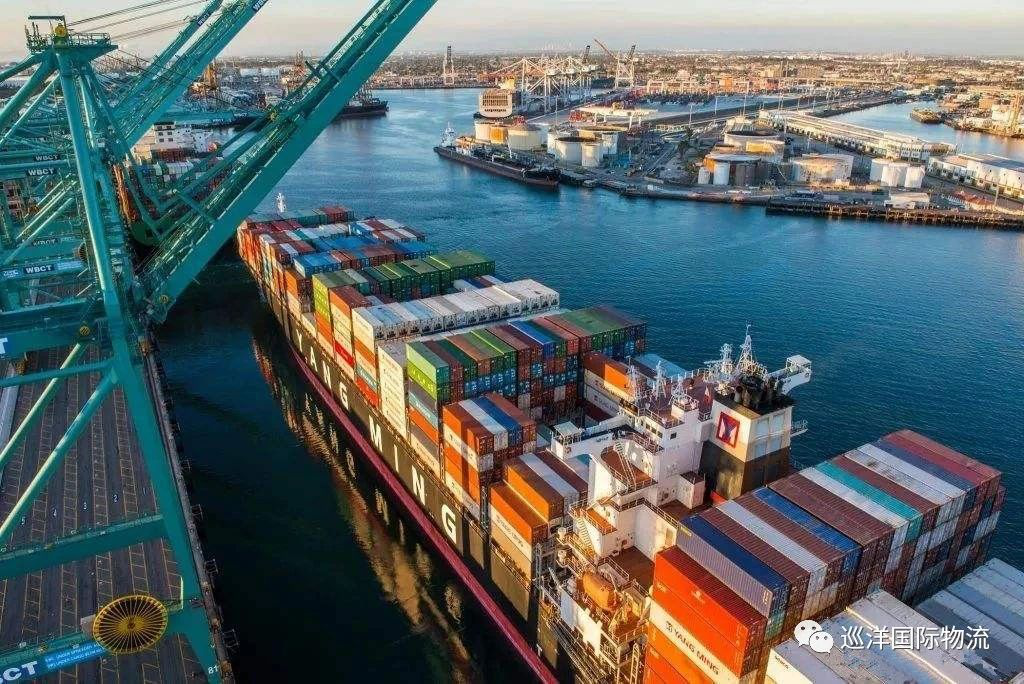 According to the report, the Argentine ports the union on November 9, said the Argentine grains port workers due to factors such as wage negotiations not smooth, launched an assault strike, a move to st Martin's port, port of SAN lorenzo, kratos Ken port and bahia blanca some of the major port, the port congestion caused by impact products exports.A spokesman for the URGARA union, Juan Carlos Peralta, said the strike in one of Argentina's richest port areas would be halted if necessary.Avoid reducing cargo congestion at ports as much as possible. The clashes come as major oil alliances in grain export centres have threatened separate strike action over pandemic payments and are being mediated by the government to keep the port open. The port workers ended their strike on November 20th.

Spain: Congestion surcharge for Mediterranean cargoes to and from Bilbao

Due to the operational impact of congestion at the Port of Bilbao in Spain, MSC will impose a congestion surcharge (CGS) on goods travelling to and from Bilbao in Spain. A surcharge of $100/US$125/TEU will be imposed on all goods going in and out of Bilbao as of 16 November from the date of the Bill of lading (B/L), with the exception of goods going to and from the United States. The date of the bill of lading will be imposed from 5 December. Apart from the congestion surcharge, the shipping company has started to levy other surcharges such as empty container charges. For example, Wanhai Shipping started to charge US $500 per container and US $1,000 per large container for cargoes shipped to Southeast Asia in shenzhen Port due to severe container shortage on November 6. Haberot said it would adjust the customs clearance fee from December 15, and levy a surcharge of CNY300/ carton and HKD300/ carton for goods exported from China/Hong Kong, China, etc. APMT Terminal, Nigeria, West Africa：Due to traffic congestion, overflowing yard, low work efficiency, novel Coronavirus closure and rainy season, the average waiting time of most ships will be reduced to about 4 weeks due to the change of most ships to TICT/PCHS wharf.

TICT Wharf, Nigeria, West Africa：Three-quarters of the berths have resumed production, but due to the overstocking of ships and the curfew shutdown caused by riots, the average waiting time for berthing has been increased to about 3-4 weeks.

P&C terminals, West Africa：Affected by the riot curfew lockout that started on 10/20 and TICT/APAPA import box reunloading recently, the average waiting time was increased to 7-10 days.

Port Lome in West Africa：The congestion was eased, and the average waiting time was about 3-5 days.

The port of Cotunu in West Africa：Due to the impact of the epidemic, the operation efficiency is reduced, and recently ships have arrived in Hong Kong intensively. The average waiting time for berthing is about 3-5 days.

Mexico: Heperot imposes a peak season surcharge on exports from the Far East

Due to peak season, Haberot announced the imposition of the Peak season Surcharge PSS for exports from the Far East to Mexico and the West Coast of South America from 14 December 2020: $500/20 ft container, $700/40 ft container. 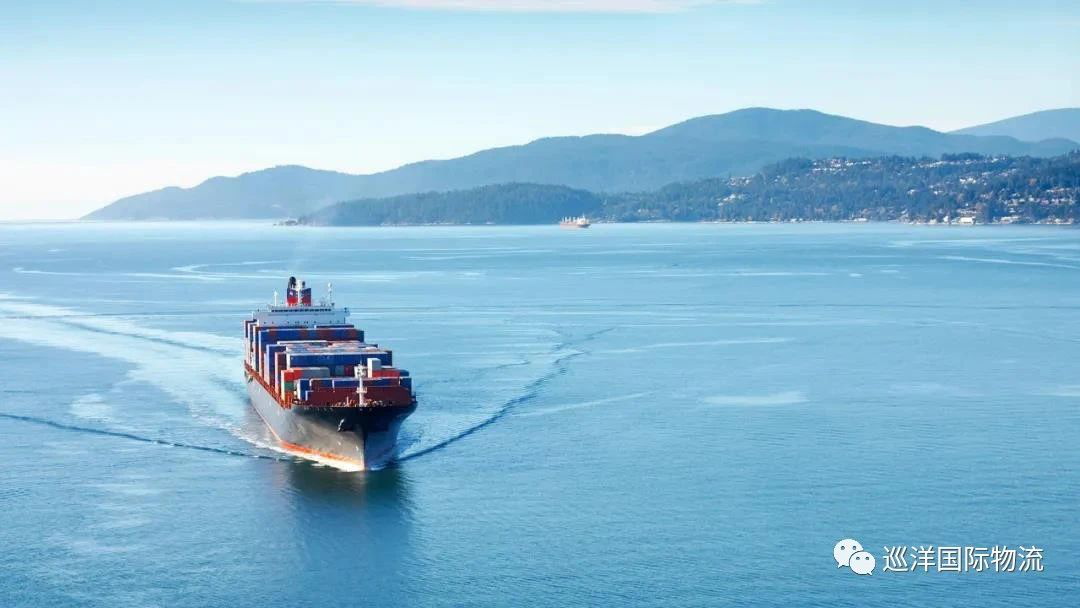 Tips and suggestions on freight logistics risks during the epidemic

Logistics delays increase the likelihood of abandonment at destination

Due to the delay of the goods, the consignee may choose to abandon the goods after comprehensively considering the current value of the goods, the cost of picking up the goods and the difficulty of the liability of the parties involved in the future recovery contract, which will also directly increase the possibility of unpick cases at the port of destination during the epidemic period.

Port lack of empty containers at present, China and other major exporters, and countries such as Europe and the United States port appeared a lot of the backlog of empty containers, container turnover drops, at the same time before Christmas and Spring Festival transportation peak season coming, lead to cargo demand soared, rising freight recently, coupled with the shipping company to collect all kinds of surcharges, will lead to the export enterprise logistics costs.

Therefore, we recommend to export SHIPPER

1. It is suggested to obtain the specified procedures for the disposal of goods at the port of destination during the epidemic through agents and agents, as well as the reduction and exemption policies of wharf storage fees, freight adjustment of shipping companies and other information;

2. Before shipment, it shall comprehensively consider all possible risks in the future and specify force majeure clauses and dispute settlement clauses in the contract;