Suddenly! A container on board a Duffy-operated vessel caught fire and had to be unloaded at the port

Suddenly! A container on board a Duffy-operated vessel caught fire and had to be unloaded at the port

A container with used bicycles on board a container ship operated by CNC, the Asian arm of Duffy, caught fire and the ship had to make an emergency call at Taichung port in Taiwan to unload the container. According to Taichung Port Authority, the vessel "Guangzhou Trader", with a capacity of 1,700 TEU, received a request for assistance at around 8:00 am on August 1. The ship was located 6.4 nautical miles south of Taichung at that time. Although the ship's crew had extinguished the fire by themselves, the Guangzhou Trader entered Taichung port at 12:30 p.m. on August 1 and docked at Pier 10 to unload the containers that had caught fire for fear of reigniting. The Taichung Port Fire Brigade sent two fire engines to the scene to spray water on the Guangzhou Trader and unloaded the burnt containers after one hour. 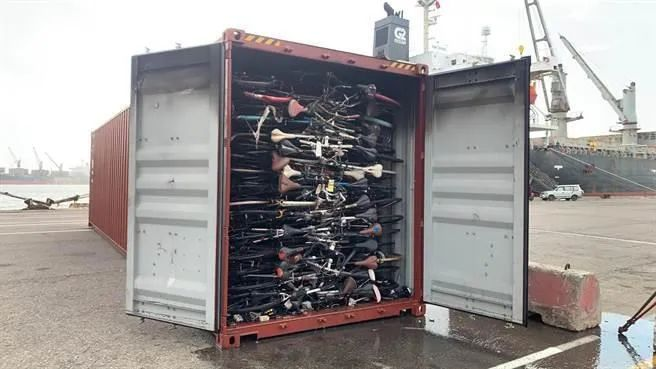 "The Guangzhou Trader was built in 2016 to serve CNC Line's JTX service (Japan-China-Taiwan-Thailand) and was sailing from Japan to Thailand at the time of the incident. Preliminary investigation shows that the cause of the fire was spontaneous combustion of electronic components in the used bicycle, but the exact cause of the fire will be further investigated. After the container on fire was unloaded, the ship continued its voyage.